Pre-order today just for $879 per tooth

Welcome to our Dental Lab, established in the Bicentennial Year of 1976. For over 40 years in the South Jersey area we have been providing quality dental lab services, on-time product deliveries and superior customer service and we are still going strong with the newest technologies!

Ours is a team approach. We believe your skill as a dentist, combined with the expertise of our technicians and adherence to strict quality control standards leads to the ultimate benefit for you and your patients. We have been providing quality work since 1976. Click for more....

Colonial’s goal is to satisfy its customers’ expectations and needs by producing high quality products that are delivered to the customer on time and to resolve customer issues in a professional, timely manner.

Colonial Dental Lab does not and never has subcontracted to any foreign country. We back this up by inviting you to visit our laboratory in West Berlin, New Jersey, unannounced (no appointment) so you can watch our technicians fabricate your restorations. Since 1976, Colonial Dental Lab has serviced the dental community of South Jersey and beyond, with quality, service, and the upmost integrity.

Colonial Dental Lab is a proud participant in the Dental Donated program that offers free dental care to people who are not able to afford it.
Click here for more information.

“Colonial Dental Lab has been my “go to” lab for many years. Their professional approach, constant attention to detail and highly personalized service have been the reasons why they are an integral part of my dental practice.”

“Finding a dental lab to work with is not just about the end product but should be about a partnership in patient care. John Belancio and the staff at Colonial Dental Lab work very hard to maintain that relationship to ensure not just a fine product but a satisfied patient and Dentist. My 20 plus years with Colonial have been very satisfying and rewarding both for me and my patients.”

“Colonial Dental Laboratory deploys the latest dental technology to produce esthetic and functional complex, fixed and removable prostheses. Certified Dental Technicians, dental technicians and staff work together as a team to meet the dentist’s requests in a timely and professional style.”

“I have utilized the services of Colonial Dental Lab for the past 30 years and am proud to inform my patients that their dental prosthetics have been fabricated by the premier dental laboratory in South Jersey. Colonial features a state of the art facility with an emphasis on old time customer / doctor service. The quality of their work is exceptional and durable. I have bridgework in my practice that is 25 years old that still looks like new.”

Several times a year, Colonial Dental Lab sponsors continuing education programs featuring the latest techniques and concepts in dentistry presented by many of the most highly respected speakers. These programs have primarily been presented in evening seminars at our West Berlin facility since our laboratory opened at this location in 1999. We also have offered many day long programs at different venues in the South Jersey area. Among these venues was the Battleship New Jersey and more recently, the Adventure Aquarium. Although many of these programs are presented in conjunction or cosponsored by various manufacturers and implant companies, most of our programs are of an educational and clinical nature and carry with them accredited continuing education credits from the ADA – CERP.

Below are listed over forty lecturers and clinicians with whom we have sponsored programs at our laboratory and other venues in the last fifteen years.

See some of our past events. 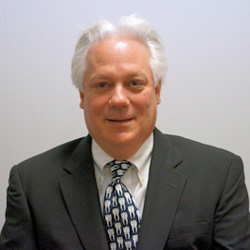 John received his certificate in Dental Technology from Mastbaum Area Vocational School in 1974. In 1978, John earned his CDT in crown and bridge from the National Board for Certification, and received his CDT in Fixed Prosthodontic Ceramics in 1996. John and his partner, John Porter, founded Colonial Dental Lab in Blackwood, New Jersey in 1976. 2008 marked the thirtieth anniversary of John becoming a Certified Dental Technician. John has studied with some of the premiere technicians in the world, including Willi Geller, Claude Sieber, Ernest Hegenbarth, Dr. Ed McLaren, Axel Seeger, and Dr. Bob Winters. In September of 2001, John traveled to Bad Sackingen Germany, to take an advanced ceramic course at Vita’s Training Center. In 2002, John was accepted for membership in the American College of Oral Implantology. In July 2006, John took the Continuum Level One at the Pankey Institure for Advanced Dental Education. John has lectured before several dental study groups and organizations including the Northeast Implant Study Club, the Atlantic/Cape May Dental Society, and to residents and staff at Virtua Hospitals both in Voorhees and Camden. In April of 1999, Colonial open their 12,000 square foot state of the art facility in West Berlin, New Jersey. 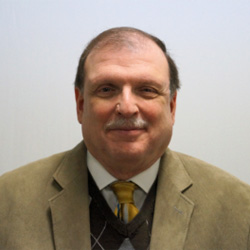 Bruce first started working in the dental laboratory field in 1966 as an apprentice crown and bridge technician at Superior Dental Labs in center city Philadelphia. After five years of working at the bench, Bruce was moved into the customer service department and was promoted to manager of the customer service department in 1976. In addition to his customer service responsibilities. Bruce had many varying responsibilities during his 19 years at Superior. These included production manager, seminar coordinator, inside sales consultant, and overseeing operations at Superior’s branch laboratory in Allentown, Pa. In October of 1986, Bruce became Sales Manager at Allied Tru-Fit Dental Lab in Irvington, NJ. He held that position until 1990, when in an effort to work closer to his Northeast Philadelphia home, he took the position of Sales and Customer Relations consultant for Collins Ceramic Dental Lab. In October of 1997 Bruce was hired by Colonial Dental Lab, then located in Blackwood NJ. At Colonial, Bruce has again served in many different areas including sales, customer service, and information technology. Colonial moved to their present location in West Berlin, New Jersey in April of 1999. In December of 2007, Bruce was promoted to General Manager. Besides being involved in many aspects of the day to day operation, Bruce has daily communication with many of Colonial’s dentists/clients both in a technical and customer service capacity. He also represents the laboratory at many of the study clubs and professional functions in which Colonial participates. Bruce resides in Northeast Philadelphia with his wife Debbie, and is the father of two grown boys. 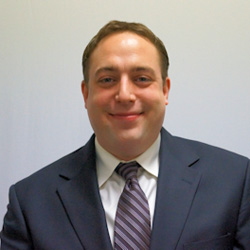 John joined Colonial Dental lab in 1995 and worked part-time as an opaque technician in the Porcelain Department. Following his high school graduation, John joined the lab as a full time crown & bridge technician working with Captek. Over a three year period, under John’s guidance, Colonial’s Captek business grew from 20 units a month to over 250 units a month. John also expanded his skill set to include CAD/CAM technology. He participated in many weeks of NobelBiocare & University of Michigan training where upon completion, he put his new skills to work and completed over 10,000 2D & 3D scans over the next few years. In 2005 John was promoted to Manager of Production where he is responsible for treatment planning and technical support. John provides professional planning assistance and specializes in implant technology cases.

John participated in numerous training programs and has taken many management courses. He has completed countless hours of continuing education credits from most of the top manufacturers and study clubs both locally and abroad. John is PTC trained and certified and is experienced in both old and new major implant systems. He lectured for Straumann in 2009, has been an active participant in, and has routinely attended numerous study clubs each year since 1997. He attended 3i’s International Symposium in 1999, Vita’s Advanced Ceramic Seminar in Germany in 2001 and Nobel Biocare’s World Conference’s in 2003, 2005 and 2007. He also attended Cercon’s CAM training course in 2003 and Astra Tech’s World Congress in Gothenburg, Sweden in 2006 and 2012 as a Super-Elite laboratory representative. 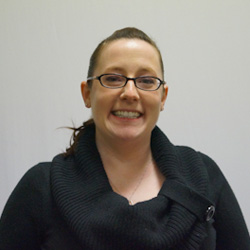 Jennifer joined the company in 1997 where she worked her way up to Supervisor of the Shipping and Receiving Department. In S&R Jen was responsible for and assisted with various activities that included customer communications, patient appointments, incoming case inspection, computer case entry and sterilization, post-entry quality inspection, case assignment (department or outsource), case tracking, case invoicing and estimates and case packaging and delivery. Jen was also responsible for all inventory control activity and assisted with the dispatching of drivers as required. In 2011, Jen was promoted to Supervisor of Finance & Human Resources (HR).

Jen directly supervises department personnel (permanent and temporary) as required to assist with specific tasks deemed necessary to successfully fulfill all departmental obligations. She is responsible for and assists with various activities that include accounts receivable, accounts payable, payroll, purchasing, and HR and benefit activities. She is also responsible for, and assisting with interviewing and hiring, training employees; appraising performance; addressing complaints and resolving HR related problems. 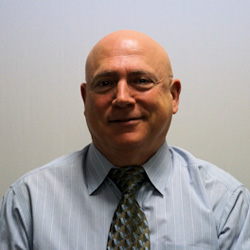 Born in the Ukraine, Yakov, or Yan as he is generally known, received his Degree in Dentistry from the School of Denistry in Nikolaev, Ukraine, in 1971. Coming to the United States in 1990, Yan was able to quickly apply his knowledge of dentistry into a career in dental technology. In 1991Yan joined Colonial Dental Lab, at that time located in Blackwood, New Jersey. Yan left Colonial in 1995 to pursue other interests and that same year became a naturalized citizen of the United States. He returned to Colonial in 2000 in their new modern facility in West Berlin, New Jersey.

Upon Yan’s return, he was named manager of Colonial’s Removable/Prosthetics Department. The growing demand for implant supported overdentures on fully edentulous patients opened up a new opportunity for Colonial to not only fabricate these restorations, but to provide a skilled technician to work with both the specialists and general dentists to help facilitate the entire process. Yan was the perfect fit for this position and became Implant Department manager in 2005. Yan is instrumental in the fabrication of hybrids, overdentures utilizing Locators and other attachments, immediate load restorations, and restorations following the All-on-Four and Diem 2 protocols. Yan frequently visits offices to help with treatment planning, and has observed many implant surgeries and procedures. 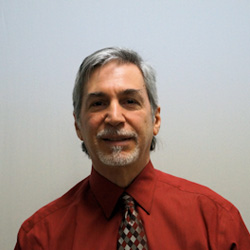 Mike is a homegrown talent, having received his training as a young man at Colonial Dental Lab. After several years of learning, gaining experience, and honing his technical skill set, Mike left Colonial to start his own business.

For ten years, Mike ran a small boutique crown and bridge/ceramic lab in Northeast Philadelphia. This gave him an opportunity to lift his abilities to a new level of artistry in ceramics. In 2008, Mike came back to his roots, returning to Colonial Dental Lab, and soon after taking over the responsibility of the ceramic department. Mike is active in shade matching and custom staining for patients that our dentist’s clients send to our laboratory.

Our Partners in Progress